Free Programming Languages to Teach Kids How to Code!Computers play an important part in modern society. It is already required in numerous business and engineering applications. To keep ahead of the competition, this demands a basic understanding of coding.

Those with a competitive advantage in fundamental coding skills will have an easier time finding suitable jobs. As a result, parents are in a great hurry to prepare their children for this certain future. 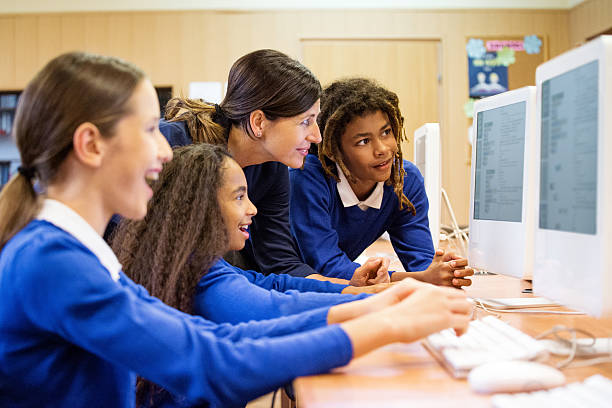 Parents are looking for the simplest programming language to introduce their children on a trip filled with fun, excitement, and intellectual development. In spite of the fact that there are numerous simple programming languages, this article provides a list of seven languages ideal for children aged 8 to 16 years old.

Children can begin with kid-friendly programming languages before going on to more difficult ones. They will be better able to transition to more complicated languages when they join college and graduate school if they have a foundation in basic languages.

What actually is Programming? 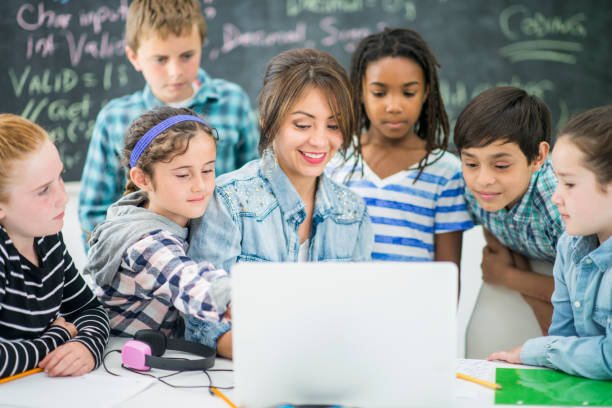 Why is it necessary to create computer programs? The web browser you’re using now is an example of a computer program that assists with multiple tasks. It is also required for other apps and operating systems, such as Microsoft Office and Windows.

From banking to medical to engineering to aviation, computers have permeated nearly every facet of our existence.

How can people instruct a machine to carry out activities on their behalf?

That is computer programming’s magic!

Use some of the simplest programming languages available to get your youngsters excited and totally entertained on the path to coding.

List of Programming Languages to Teach Kids How to Code

The following is a list of 7 Free Programming Languages to Teach Kids How to Code: 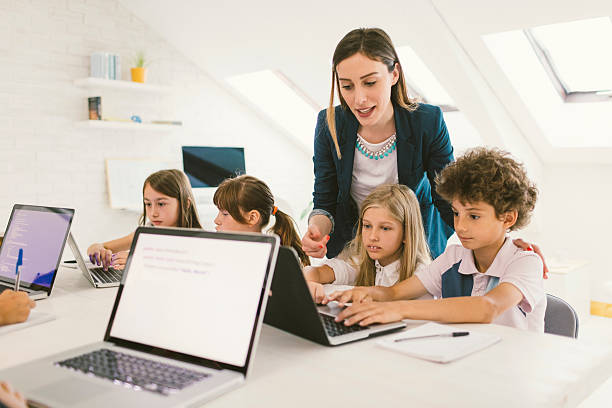 Java is among the simplest programming languages that school-aged youngsters will first learn. Most schools begin coding instruction using C or C++ before moving on to Java. This is a high-level language that includes concepts like data abstraction and functions. Is it simpler to converse with a computer using this language?

Java is also platform-independent, which facilitates the portability of code across different operating system platforms such as Linux and Windows. But the most compelling argument to choose Java is its introduction to object-oriented programming. Object-oriented programming is the notion that drives the majority of the internet; therefore, it is advantageous to become familiar with it using Java. Client-server programs make considerable use of Java.

Here is an example of Java code used to determine whether an integer is prime or not. 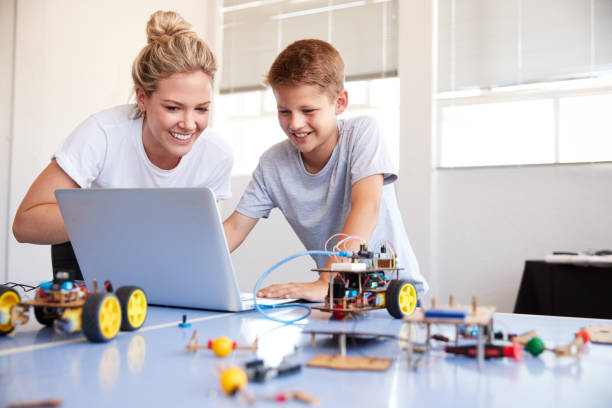 Python is the easiest programming language to learn and write code in because it prioritizes code readability. It just takes a few days to learn, so children can pick it up quickly. Python is also the language of choice among children when it comes to writing games.

Due to its Graphical User Interface, Python is best suited for creating tiny, entertaining arcade games. The language is open source, so you may anticipate many users programming in it and contributing to the development of its numerous libraries. Utilize the simplest programming language to begin designing games!

Here is the identical software for validating prime numbers. See which of the Java code examples above is simpler to use. Choose appropriately. 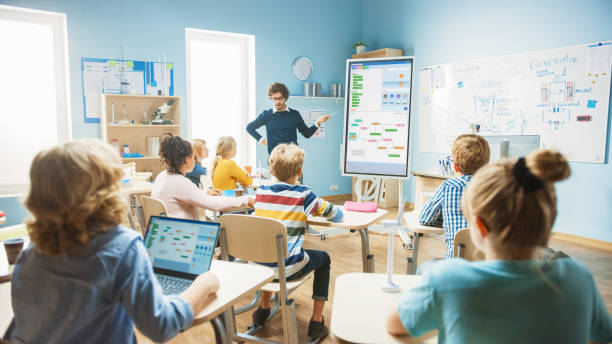 Ruby is another pure object-oriented language. The language’s expressiveness is what makes it a fantastic programming language for children. There are close to 42 keywords that enhance the language and make it simple to explain difficult thoughts.

Ruby’s creator, an avid fan of object-oriented programming, desired a language that was solely object-oriented. Not finding any, he decided to make his own. Currently, the language is utilized for web application development, data analysis, and prototyping.

Here is the same application for checking prime numbers, which you can evaluate for its usability.

puts “Enter the number to check for prime”: 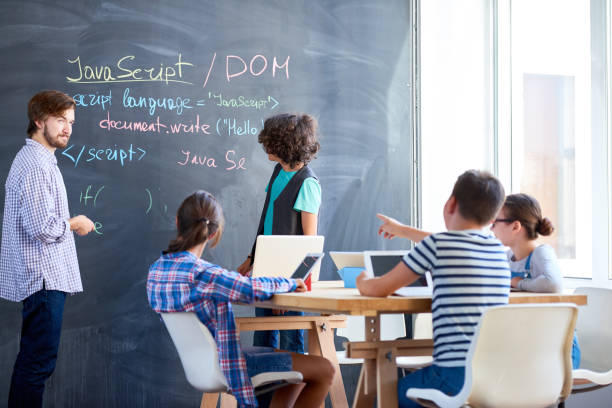 JavaScript was one of three languages utilized in the development of the Internet. It is still essential to develop interactive websites today. This language can be taught to children for practical purposes. If students opt to become computer engineers, it will aid them professionally.

The construction of websites will always be in demand, and modern websites must be sturdy. JavaScript is an ideal language for introducing children to the complexity of website development. Here is the identical JavaScript program for prime numbers.

Check whether a number is Prime or 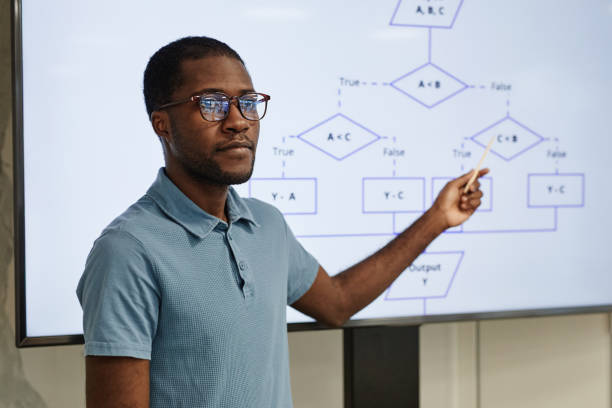 Scratch is a language for visual programming. This implies that users can program by dragging and dropping code parts as opposed to manually inputting the code. Scratch is MIT’s contribution to the world of coding. It is intended for ages 8 to 16.

The user interface is colorful, entertaining, and appealing to children. Use Scratch, one of the simplest programming languages available, if your child is not yet interested in application-based programming. 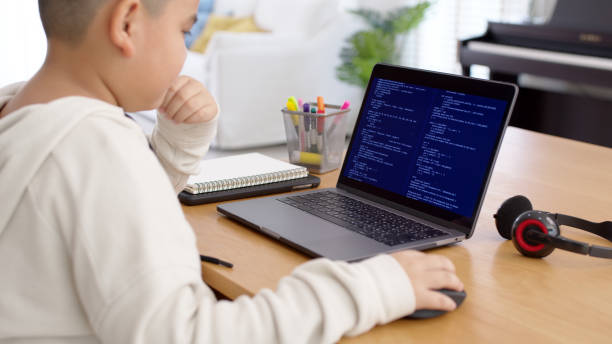 Teenagers can be taught C++ as a programming language for children because it is quite comparable to Java. The language is also commonly used for game development, so children will pick it up quickly. C++ supports object-oriented programming, but it was originally a procedural language. Do not introduce youngsters younger than fourteen to C++, as they will be unable to grasp the nuances of pointers, a useful programming construct in C++.

Here is the identical program for determining whether or not a number is prime. 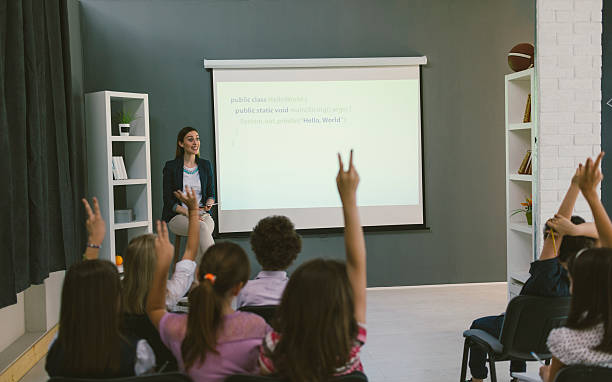 Lua is a scripting language that is commonly employed in the creation of video games as well as standalone web applications. Children’s programming languages such as Lua foster the growth of your child’s critical and logical reasoning. The language generally facilitates the articulation of ideas in a more coherent manner than its programming counterparts. Lua permits the creation of programs that are simple to incorporate into other languages, such as C and C++.

Which coding language is best for kids to learn?

Python. Python is a programming language that reads like normal speech. …
Ruby. Ruby has the most readable syntax for beginner programmers. …
Java. …
C++ …
Scratch.

Can a 7 year old learn coding?

Children as young as seven years old can begin coding and learning programming fundamentals. In fact, coding for children has grown quickly in popularity over the past several years, as technology becomes increasingly integrated into daily life. Young children who learn to code can set themselves up for a lifetime of achievement opportunities.

Should kids learn Java or Python?

Programmers should compare Python versus Java depending on the individual requirements of each software development project, as opposed to merely learning their preferred language. In conclusion, neither language is preferable to the other, and programmers should strive to acquire expertise with both.

At what age can a child learn coding?

Kids can start learning to code as early as 5-6 years old. Typically, kids are introduced to programmingusingblockly, simplifiedcoding blocks that allow children to learn the mechanics of coding languagestocreating,moveobjectsandcreatepatterns. 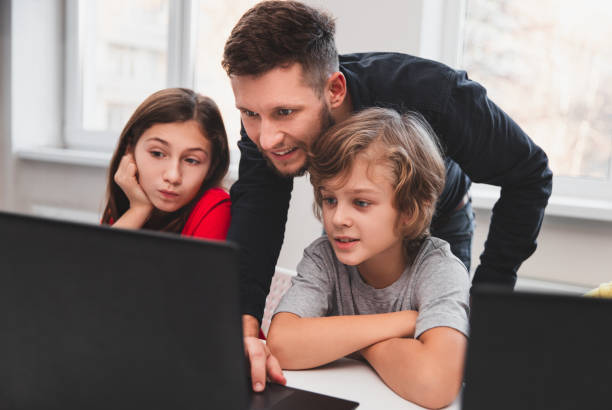 We trust that these languages for kids will aid your youngster on his or her path to become a competent computer programmer. Choose the language that best suits your child’s cognitive style and begin with it.